There are 0 items in your cart. There is 1 product in your shopping cart.

Nobody has posted a review yetin this language
Rate it

This product is no longer in stock

Notify me when available
Find a store

PLATINIUM NUTRIENTS offers a range of fertilizers made in France for the greatest pleasure of your plants, meeting the strict environmental requirements. These products have been designed by laboratory engineers, agricultural professionals, under optimum development conditions. PLATINIUM NUTRIENTS provides essential nutritional supplements to your plants and provides them with unparalleled growth and defense!

All products from Platinium Nutrients
Print
Remove this product from my favorite's list.
Add this product to my list of favorites.

SeaWeed Xtract is an organic fertilizer, nitrogen-based powder and feather of Ascophyllum nodosum, a seaweed which is naturally rich in oligo-elements (it contains boron, calcium, copper, iron, manganese, magnesium, molybdenum and sulphur), concentrated in auxins, cytokinins and gibberellins natural growth hormones for many qualities : These phytohormones stimulate cell division and cell size, play a crucial role in the sprouting of buds, designed to help boost the metabolism of the young shoots, delay the senescence of leaf and activates the production of chlorophyll.

Cytokinins are actively involved in cell division and the formation of membranes.
The auxins and gibberellins promote the elongation of cells. Betaine participates in the production of chlorophyll and is considered to be the best agent anti-stress plant.
Betaine is involved in the cycle of the formaldehyde that is used as a protective agent for the plant against nematodes.

The growth hormones of the fresh seaweed do not end up all in commercial products. The auxins, in contrast to cytokinins, more stable.

Gibberellins degrade after a few months, hence the importance of working with formulations well controlled from the point of view of stability ; thus, for the Ascophyllum nodosum, which is classified as brown algae, because it becomes as it dries, the green color of the start is a good indicator of its freshness and qualities related to the polysaccharides. Ascophyllum nodosum is an alga perennial that can live for many years.
Today we know that the effects of extracts of the seaweed Ascophyllum nodosum are multiple and act at the heart of the plant metabolism : The results of the experiments show that these molecules algal stimulate the growth and nutrition of plants treated with SeaWeed Xtract . The study of their mode of action revealed that they act on the plants as stimulators of vitality. We also observe a stimulatory effect of the enzymes Phosphatase of root involved in absorption of phosphate.
The activation of this type of enzymes allows for a multitude of downstream effects in the plant, recognized mainly by increasing the chlorophyll content in the plants.

Our researchers manage to identify the responsible for the effects of substances of algae on the plants, as well as the potential targets of these marine extracts. Following the spraying of extract of brown seaweed rich in auxins, a list of genes has been established showing a link between the doses applied and the synthesis of proteins.

Measurable results and earnings of production : The application of SeaWeed Xtract and its extracts of algae, provides a rise in the rate of growth of 5% to 30% depending on the crop being treated; and it is found an increase in the root system (sometimes dramatically), but the tests are also essentially before increased resistance to diseases especially on potato, apple orchards, pear trees and peach trees, sugar beet, maize and sunflower. Molecule original presents : abscisic acid is involved in the regulation of evapotranspiration, and the fight against the water stress of the crops. Mannitol, alginic acid (polysaccharide colloidal), fucoïdine, amino acids and proteins are other sources of effects specific to the algae, all beneficial to agriculture.
SeaWeed Xtract is an additive ideal to prepare the plant to blossom exuberant by the action of phytohormones, while activating his body's natural defences for a better resistance to diseases, deficiencies, and variations of temperature thanks to the elicitors. In addition to your fertilizer for growth.

Use :
2 to 5ml/L of irrigation water or 5ml/L spray, in croissanceet until the 3rd week of flowering. 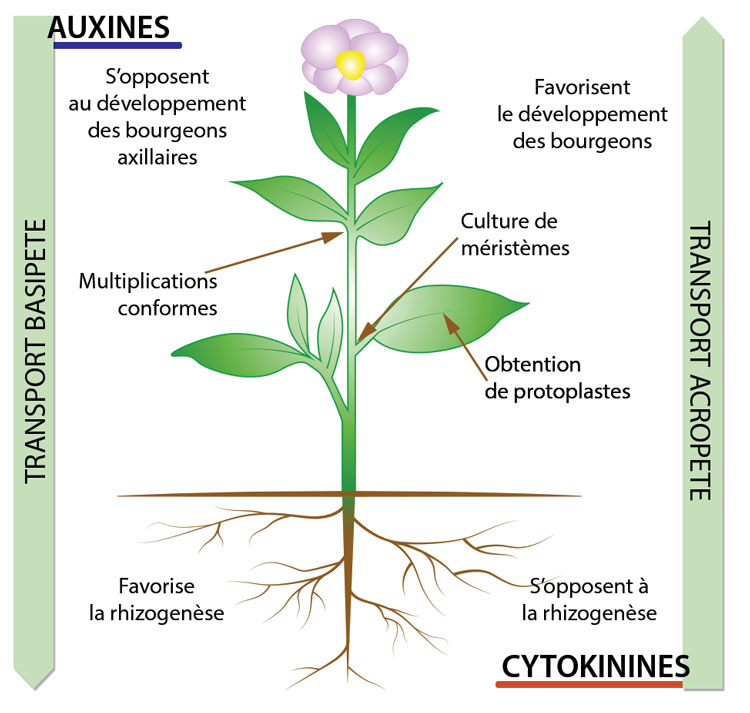 CYTOKININ : This hormone induces sprouting of the plant

Be the first to write your review !

PLATINIUM NUTRIENTS offers a range of fertilizers made in France for the greatest pleasure of your plants, meeting the strict environmental requirements. These products have been designed by laboratory engineers, agricultural professionals, under optimum development conditions. PLATINIUM NUTRIENTS provides essential nutritional supplements to your plants and provides them with unparalleled growth and defense!